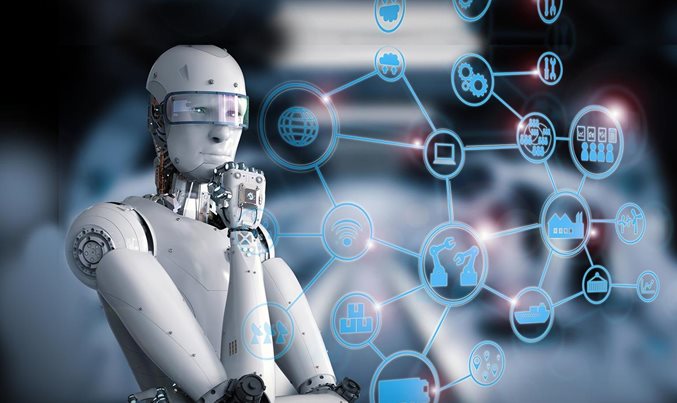 The technology evolution across various industries, it has often been a cause of concern that the global Construction industry, which is amongst the largest industries in the world and estimated to be around $10 trillion, has consistently lagged behind other industries in deriving the two most important benefits from technology: higher productivity and lower costs. An analysis of labor productivity trends in the US showed that productivity has actually declined for construction in the last 50 years, while it has more than doubled in other non-farm industries.

However, the recent trends in tech and especially the acceleration of AI, Gartner has predicted that by 2023 AI will be one of the top workloads that drives infrastructure decisions, and this is propitious for the construction industry. We are already witnessing a gradual transformation in industry’s outlook to this change. As widely reported in Indian media in 2019, Larsen & Toubro announced a new strategic initiative, named L&T-Nxt, to focus on Artificial Intelligence (AI) and Internet of Things (IoT) amongst other cutting-edge technologies, to drive the change in industry’s adoption of construction tech.

The Indian construction industry contributes heavily to the nation’s GDP and any development in this industry would majorly affect the country’s GDP growth. In fact, government estimates peg India to be the third largest construction market globally by 2030. It is also the second largest employer after agriculture and is poised to employ more than 75 million people by 2022.

Despite its huge scale and size the construction industry in India has been circumspect in unfolding itself to cutting edge technologies, quite similar to many other countries. Hence, building a case for embracing artificial intelligence can appear to be an uphill task, more so since many companies tend to believe that they need in-house capabilities for the change. However, as many other industries have already demonstrated, it is not always necessary for incumbents to create AI-based solutions and business models in-house from scratch but instead, the job can be outsourced to tech companies or even startups, who are typically unencumbered by corporate bureaucracies and lack of tech talent. What is important is to have a vision to bring in the change for better and more efficient construction.

Globally, in the last three years alone, the number of technology providers focused on architecture, engineering and construction industry has grown by over 600%. Computer vision, AI, mixed and virtual reality, robotics, and building information modeling (BIM) are some of the key technologies and processes that these startups are betting on. Modern business software from some large tech companies, including Google, Microsoft and Oracle, and Trimble already incorporates machine learning and artificial intelligence.

Perhaps the real challenge for the construction industry worldwide then is to embrace greater digitization of its processes. The benefits are pertinent; full-scale digitization in non-residential construction alone could lead to annual savings of between $700 Billion and $1.2 Trillion, or about a tenth of the aggregate annual construction spends. In real life cases, we have seen up to a 50% increase in field productivity, a 10% compression of schedules, and 80% reduction in rework, thanks to digitization.

The single most important application for AI in construction lies in streamlining project management, the Achilles heel of nearly all players regardless of their size. Schedule optimizers can evaluate historical data and consider lakhs of permutations for finding the optimal execution scheduling; which in turn can lead to optimal use of high-value construction equipment. As an example, one of India’s leading construction companies was earlier using 25 graders for an airport construction project. Today, it uses just nine, as the project is streamlined and managed using technology, and the resources thus freed up can potentially be utilized in other projects.

Similarly, AI can predict cost overruns by analyzing historical data, based on a large number of factors including the availability of capital equipment, distance from materials suppliers and the size and competency of project team. Also, as McKinsey notes, the pharmaceutical industry uses predictive AI solutions to forecast trial outcomes. The same solution, when applied to construction industry, could predict project risks and ‘constructibility’ of a model. We already know that testing for ‘constructibility’, or whether a particular model can actually be constructed as is in the real world, is the single most crucial aspect of design or engineering of a future building or structure.

The principal goal for using AI in construction is to reduce human errors and improve the speed of decision making. These two factors are fundamentally borne out of the inherent nature of the construction industry as little more than skilled craftsmanship, rather than a factory-like controlled manufacturing process. And therein lies the rub; the use of AI and the underlying digitization can help the industry fundamentally transform itself. The completion of this journey will not only unlock unimaginable productivity gains for the industry players, but also reap long term economic rewards for our nation.

How To Ensure Personality Development In Children Through Room Décor