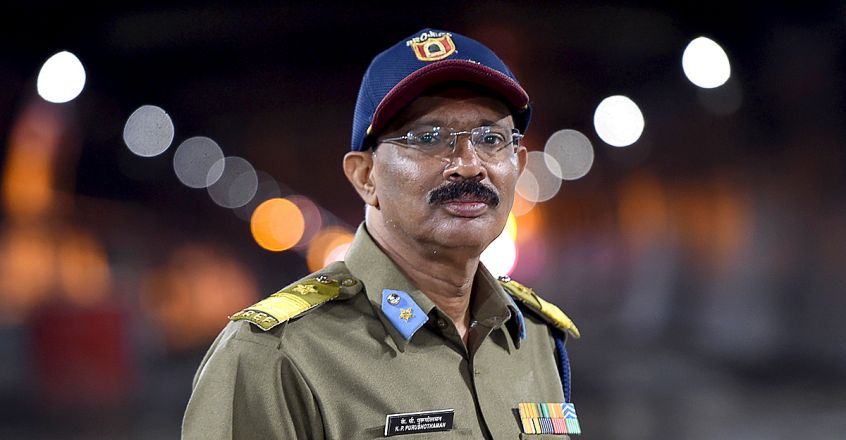 KP Purushothaman Chief Engineer, Border Roads Organisation the man who made the ambitious project a reality.

He is a man who has not had time to talk even on the phone with his wife and children for years. He has been quite busy for a few years now as he had to sweat it out for the country day and night in a crucial project for India and its people, and especially for the Army.

India now boasts of the highest altitude tunnel in the world, the Atal tunnel, and the man who made the ambitious project a reality happens is from Kerala - Border Roads Organisation Chief Engineer KP Purushotham. The tunnel was inaugurated on Saturday morning by Prime Minister Narendra Modi.

Purushothaman went to Delhi after completing his polytechnic in Kannur and graduated in civil engineering. He also holds a PG Diploma and MBA in construction management. He passed the UPSC exam in 1987 and joined the Border Roads Organisation. His first assignment was at the Andaman and Nicobar Islands as assistant executive engineer. He later worked in Nagaland, Rajasthan, Mizoram, Jammu and Kashmir, Sikkim, Arunachal Pradesh and Uttarakhand. He was also a part of many important road projects on the China, Pakistan borders.

“It is a 9.02 km-long tunnel dug in the mountains at an altitude of 3,000 metres, or 10,000 feet, above sea level. This is what makes the Atal tunnel different. At this height, this is the longest and hardest tunnel in the world. The tunnel at the Pir Panjal Range in the Himalayas has been completed by providing all modern security systems and features that are available today.”

The construction of tunnels is extremely dangerous, Purushothaman said. Although the building of a tunnel starts only on the basis of the general understanding of the geography of the place and studies done on it, one should expect danger at every step of the construction.

The job involves ripping open the earth. As such, no matter how many safety precautions are taken, natural disasters can never be ruled out and they can come in many forms, which could result in even loss of life, he said. There were many hurdles we faced from landslides and mudslides to rocks flying around after explosions. This complex mission was completed by overcoming all such obstructions, he said.

According to Purushothaman, this is not the achievement of just one person. ""It is the success of great cooperation and dedication," he said. The tunnel connects Manali in Himachal Pradesh with Lahaul-Spiti. It will also offer connections to Ladakh and Leh under any any weather conditions.

Purushothaman said that work on the tunnel began from both sides at the same time. The two sides are called the South Portal and the North Portal. The Rohtang Pass is closed during the winter as it is not possible to travel in the snow. So, work on the North Portal couldn’t be carried out for months together.

During the winter, excavations were carried out only on the South Portal. Three-quarters of the total route was built through the South Portal. Only one-fourth of the work was completed from the North Portal as the weather created a problem.

Even minus 30 degrees didn't deter team :

It was snowing on the North and South portals when construction of the tunnel began. "Since we couldn’t reach the North Portal, we started working at the South Portal," he said.  In the North Portal, work could be carried out for only six months."We also had to ensure that workers are evacuated before it starts snowing and road traffic gets he said.

"The temperature could fall to as low as minus 30 degrees. But that didn’t mean our team our team would stop working. We faced many obstacles, including the fact that concreting would not be smooth in the cold," Purushothaman said.

The construction of the tunnel began in 2010. "The plan was to complete it within six years, but it was only after we started the project did we realise the magnitude of the task and the difficulties we would face. To begin with, there is a river that flows through the top of the tunnel," he said.

"After digging the tunnel for 1.87 km, when we did an explosion to continue the work, there was an unexpected mudslide on a large scale. Since the soil was weak, it was sliding towards the face of the tunnel. This happened about 25 times," Purushothaman said. But no one was harmed because they had had taken sufficient precaution and also because luck was on their side, he said. "Once during lunch, a part of the tunnel collapsed. The only reason it did not instil fear in people was because there was no one at the place then," he said.

Tunnel projects have been abandoned due to such difficulties earlier. The construction was based on the New Austrian tunnel method. Removing the tonnes of rock and soil that were being excavated and stopping the flow of water were big challenges. "There were days when work could progress only for about five metres. There have also been occasions when work was limited to just half-a-metre because of severe obstructions," he said.