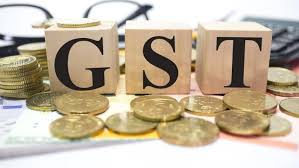 The central government had last week agreed to borrow up to ? 1.1 lakh crore on behalf of the states to bridge the shortfall in GST collections.

The central government on Friday borrowed and transferred ? 6,000 crores on account of Goods and Services Tax (GST) compensation to states under the special borrowing plan, Finance Ministry said in a press release. The government borrowed the money at an interest rate of 5.19 percent. The tenor of borrowing is expected to be broadly in the range of 3 to 5 years, the ministry added.

The central government had last week agreed to borrow up to ? 1.1 lakh crore on behalf of the states to bridge the shortfall in GST collections.

The borrowing will not have any impact on the fiscal deficit of the government and the amounts will be reflected as the capital receipts of the State Governments and as part of the financing of its respective fiscal deficits.

A slowdown in the economy since last fiscal year has resulted in a drop in the Goods and Services Tax (GST) collections, upsetting the budgets of states which had given up their right to levy local taxes such as sales tax or VAT when GST was introduced in July 2017.

When the GST was introduced in July 2017, states were promised 14 percent incremental revenue over their last tax receipts in the first five years of the GST rollout.

Know All About Income Tax Benefits Available Under Section 80C

What Is The Legal Validity Of A Rental Agreement?

Legal Rights of a Landlord