Let us all Celebrate the Birthday of Bharat Ratna Sir Mokshagundam Visvesvaraya - Posted on: 15-09-2020 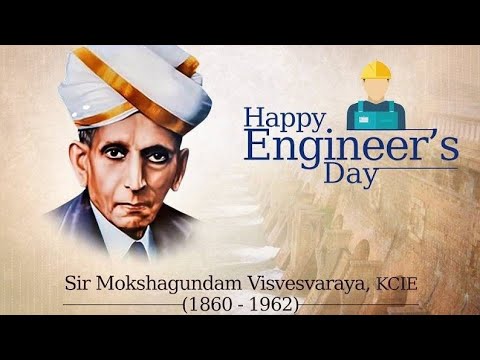 Sir Mokshagundam Visvesvaraya KCIE FASc, more commonly known as Sir MV, was an Indian civil engineer and statesman and the 19th Diwan of Mysore, serving from 1912 to 1919. He received India's highest honour, the Bharat Ratna, in 1955. The Birthday of Sir Mokshagundam (15 th September) is celebrated as Engineer'sday in India.

After India attained independence, he was awarded the nation’s highest honour, the Bharat Ratna, in 1955