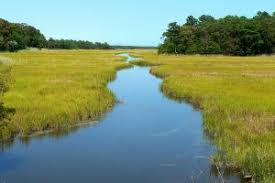 New Delhi:The Environment Ministry has notified the new Wetland Conservation Rules that would prevent the unauthorised expansion of industries and disposal of construction waste in the wetlands.

Apart from this, the state governments have been directed to set up an authority, to be headed by the state or UT's environment minister, that will define wetland conservation strategies and prepare a list of all wetlands, within three months. The authority shall also create a comprehensive list of activities that are regulated, as well as permitted within the notified wetlands and their zone of influence.

The ministry has created a web portal for sharing information regarding the implementation of Wetlands Rules where the central government, state governments and union territories (UTs) are required to upload all relevant information and documents pertaining to wetlands in their jurisdiction.

The new rules also prohibit the conversion for non-wetland uses including encroachment of any kind, besides setting up any industry and expansion of existing industries within the notified wetlands.

In September 2019, the ministry had announced that more than 100 wetlands, essential for combating land degradation, have been identified in India and will be restored in the next five years.

It was in February 2018 when the Environment Ministry notified the Wetland (Conservation and Management) Rules, 2017, according to which salt-pan land was removed from wetland definition. This also opened salt-pan land for construction and development. This had come as a major relief for the Maharashtra government which was been hoping to use land parcels thus obtained to build affordable housing. Private developers have also been asking for relaxation of norms so that more land is available for project construction.

The New Definition Of Wetlands

According to the new definition, “wetland means an area of marsh, fen, peatland or water; whether natural or artificial, permanent or temporary, with water that is static or flowing, fresh, brackish or salt, including areas of marine water the depth of which at low tide does not exceed six metres”.

Recently, the Bombay High Court directed the Maharashtra government to use satellite mapping to monitor and protect wetlands across the state. The court has also asked the state government to list down the steps taken to protect the wetlands and mangroves across Maharashtra. The state authorities will also constitute a 'grievance redressal authority' for dealing with complaints relating to the destruction of wetlands and mangroves.

What Is The Mumbai Connection?

Mumbai has 5,300 acres of salt-pan lands, of which only 25 acres was deemed to be fit for development; the remaining area was defined as wetlands. With a tweak in the definition of wetlands, salt-pan land parcels can now be open for commercial use. Most of the salt-pan lands are in bits and pieces in the different location on the eastern coast of Mumbai that is around Vikhroli, Ghatkopar, Bhandup, Mulund. On the western side, Mira Road, Dahisar and Naigaon-Vasai have some part of it.

Environmentalists have raised the alarm that these tracts are the last remaining open spaces in the city and act as natural buffers during heavy rains and prevent flooding. Moreover, these land pieces are at the touching distance from the marshy areas near estuaries and creeks, important for region's bio-diversity.

Besides, salt-pan land parcels lie in inter-tidal areas, which make it more prone to high-tide.

It was in 2015 when the state government had asked the Union government to allow usage of salt-pan land for development of affordable housing projects. As the Pradhan Mantri Aawas Yojna failed to take off in the financial capital due to lack of space, these tracts can now help the state government to achieve the target. However, this may increase the pressure on a city where infrastructure is already in tatters owing to overflow of population. The development on these land parcels would only densify the city which is already very crowded and lack of proper amenities and facilities would result in raising vertical slums with zero livability.