Religious Conversion and Impact on Property Rights - Posted on: 03-06-2021 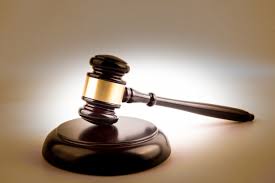 In a country with over a billion people, instances of religious conversion are sizeable. While the ancestral property is a right that Indians, no matter what religion they belong to, at times, families might not be willing to share that property with those within the family who converted into another religion. But, do converts have a rightful share in the ancestral property?

Let's look at what the law says:

A Hindu Undivided Family (HUF) is governed by the Hindu Succession Act and according to the law, Hindus who may have converted to any other religion can still lay claim on their ancestral property.

Previously, conversion could be a clear ground to expel the convert from the 'family'. With the Caste Disabilities Removal Act, a person who has renounced his religion or been excommunicated from his religion, such a person would be protected by the law.

Do note that the descendants of a convert, however, do not have the right over such ancestral property unless they are Hindus at the time when succession opens. Such a verdict was upheld in the Shabana Khan v. D.B. Sulochana and Ors. 2008(2) ALD818, where the Andhra Pradesh High Court held that disinheritance as a result of conversion to another religion is only as regards children born to the Hindu after such conversion and will not apply to the convert.

Ashfaq Ahmed (now Manish Madan) is the biological son of Ahmed Razaq who married a Hindu woman. Years after marriage, Manish and his mother lived separately and the son converted to Hinduism while Razaq married a Muslim woman and had two daughters. Manish has lost his biological parents and on hearing that his stepmother and stepsisters were about to sell their apartment, he wanted to know his rights over his late father's property.

According to the law, the biological son still has the right over his father's property and the Caste Disabilities Act will come into force here, says T Kalaiselvan, a Vellore-based advocate.

Also note that even if the child was illegitimate or born out of wedlock, he would still be eligible to claim ownership over his father's property.

Muslim Personal Law (Shariat) Application Act, 1937 applies to all those families where both partners are Muslims. In case the marriage took place under the Special Marriages Act, the succession is governed by Indian Succession Act.

Indian Christians are governed by the rules put forth in the Indian Succession Act and the only factor that is of importance in this regard is that the deceased should have been a practicing Christian. Advocate Srinivasa Kudva who practices in Bengaluru says, “It is well settled in Christianity that the heirs' religion is immaterial and the only material fact is that the deceased should have belonged to the Christian religion on the date of death. The rights granted to the biological child are not recognised for the adopted child.”

All major religions in India therefore by law are not allowed to subject a convert to partial treatment. Hence, right to inheritance remains untarnished even if the person has converted.