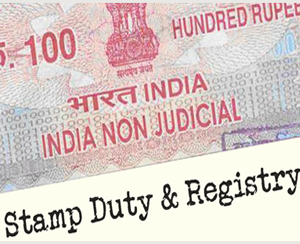 When you set out to buy a property, you have to budget additional expenses that you would have to incur during the process that include stamp duty and registration charges.

From time to time, the Reserve Bank of India (RBI) has been nudging banks to factor in additional expenses on property purchase while granting home loans. However, banks typically offer only 80 per cent of the property value as home loan, without factoring in stamp duty and registration charges that increase the overall cost of the property significantly. Buyers have to depend on their own resources to make these payments. In this article, we discuss in detail what stamp duty is and what are the charges  in key cities in India.

What is stamp duty?

Stamp duty is a fee on real estate transactions that has to be paid during the transfer of an asset from one person to another, based on the total declared value of the property. If stamp duty is charged at four per cent in your city, you have to pay Rs 4 for a property worth Rs 100. In India, stamp duty charges may differ from four to 10 per cent, from state to state. Rules in this regard are governed by Section 3 of the Indian Stamp Duty Act, 1899.

What are registration charges?

Registration charges are a one-time fee that you pay for registering the property transaction in the government records. These are kept typically at one per cent of the transaction value, even as stamp duty charges vary from city to city, from an urban area to a rural area and from a male buyer to a woman buyer.

A list of rates at which stamp duty is charged for the various types of buyers in the nine major cities of the country.

Stamp duty in Ahmedabad: If you are buying a property in Ahmedabad, you will have to pay a stamp duty at the rate of 4.9 per cent. This rate, in the industrial hub of Gujarat, is one of the lowest among the major cities of India.

Stamp duty in Chennai: In the Tamil Nadu capital, for a property in Chennai, you will have to pay seven per cent of the total property value as stamp duty charges.

Stamp duty in Delhi: Stamp duty in national capital Delhi is six per cent. Women buyers, on the other hand, have to pay only four per cent stamp duty.

Stamp duty in Noida: Noida homebuyers have to pay five per as stamp duty.