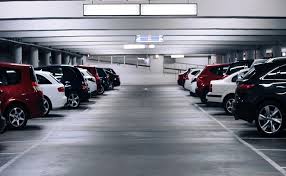 In the past decade, rules regulating apartment buildings in India were changed to make provisions for stilt parking spaces. Civic authorities in Delhi, for example, made stilt parking mandatory in all new apartment societies spread between 100 and 1,000 square meters. In its master plan of 2021, the Delhi government also announced its plan to offer additional floor areas ratio to buildings offering stilt parking. As a result of this, several housing societies in the national capital region (NCR) are four-floor constructions built on top of an eight-foot-high stilt parking space.

By definition, a partially covered parking space on the ground floor of an apartment building is known as stilt parking. In cities like Delhi and Mumbai where large spaces aren’t available to provide car parking to residents, stilt parking is the way out. As it isn’t part of the vertical growth limit, it also gives property owners an option to build additional floors if they were to make such a provision in the redeveloped structure. For example, in existing houses in the NCR, while the owner can add only one floor, he can build two floors if a stilt parking is created.

Confusion among homebuyers, however, exists when it comes to two critical aspects of stilt parking. We attempt to provide some clarity on these queries.

Since the basic structure of a building with stilt parking is standing on hollow ground, buyers often worry about the structural safety of the building. In 2007, the Central Public Works Department also issued a warning in this regard, saying a ground story without walls is susceptible to caving in while also labeling it as a major deficiency in building masonry.

The foundation, columns, and beams define the safety of a structure, and enclosing them is merely optional. However, the sections of a structure must be built according to the seismic zone gradation.