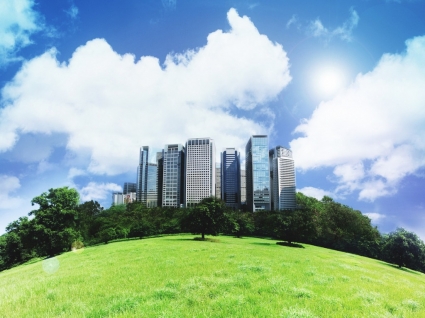 Buildings are one of the largest consumers of energy and emitters of GHG emissions. Gaurav Burman, who heads a building intelligence solutions provider, tells Dhiraj Shetty how to tackle this issue

Interestingly, the United Nations Environment Programme has arrived at a temperature to maximise comfort, productivity and the health of employees. We discussed this subject with Gaurav Burman, VP & Country President, India, 75F, which is a Building Intelligence Solutions provider that leverages Internet of Things (IoT) and cloud computing. He answered a few questions on the subject. Excerpts:

You claim that buildings are responsible for 40% of annual energy consumption and up to 30% of all energy-related greenhouse gas emissions. Can you explain this?

The energy crisis and climatic changes are contemporary threats and there is a growing urgency to address these issues. Multiple bodies, namely, World Building Congress, UNEP (United Nations Environment Programme), IEA (International Energy Agency), etc. have identified that buildings are one of the largest consumers of energy and emitters of GHG emissions. Yet, buildings also offer the greatest potential for reducing energy consumption and for achieving significant GHG emission reductions, at least cost.

To put this in perspective, the building sector accounts for nearly 40% of the global energy consumption and upward of 30% of global annual greenhouse gas emissions. However, as UNEP notes, with proven and commercially available technologies, the energy consumption in both new and existing buildings can be cut by an estimated 30 to 80%.

The world is a big place. Ambient temperature varies with each region depending on latitude and local topography. How can 75F (close to 24 degree Celsius) be considered a standard for an office around the world? Shouldn't the temperature in an office be closer to the ambient temperature of that place?

We are referring to the most comfortable temperature for human beings, not for offices. Newer findings on the subject indicate that adaptive thermal comfort i.e. a fixed set point allows for greater comfort and potential for energy savings. Comfort depends on several factors viz. ambient temperature, humidity levels, velocity of air, mean radiant temperature, air quality and even by adjusting for clothing. Additionally, while the system drives this automatically, it requires an input from the client. The customer can always adjust the set point temperatures based on their preference.

Maintaining the temperature at 75F is likely to necessitate the use of a lot of air-conditioners in some places. Aren’t ACs supposed to be bad for the environment.?

In the vast majority of climatic locations in India and given the density of office occupancy, ACs are recommended. Facility managers of commercial buildings across the globe are tasked with maintaining the comfort of the occupants, which includes the right temperature, lighting and air quality. Given the design and construct of modern buildings as well as the effects of global warming, HVACs in commercial buildings have become a necessity to not only maintain the right temperatures, but also to ensure ventilation and maintain air quality.

Of course, in some areas, where ambient temperatures are low enough & the air quality is optimal, it is possible to manage without ACs.

In recent years, OEMs have greatly enhanced the efficiency of the ACs, and ensured consumables & materials are environmentally friendly. At the same time, the need of the hour is efficient monitoring, management and control of the HVAC system to eliminate inefficiencies and to maintain the optimal temperature at all times.

UNEP noted that 75F was the optimal temperature to maximise comfort, keep the occupants’ productivity up, employees healthier and at the same time bring down HVAC costs and keep a building’s carbon footprint small.

What is the first hurdle to convincing companies to aspire to the 75F standard?:

Essentially, awareness of the increased productivity of employees with better thermal comfort and the derived energy efficiency delivered by the system.

Where are buildings with a glass facade, which is very popular in India, placed in terms of energy efficiency and the 75F standard?

The use of glass façades to envelope a building has been significantly growing since its initial introduction owing to factors such as aesthetics, ventilation, and daylight. This trend, in some cases, has of course led to an unintended increase in energy consumption due to high solar gain.

That said, each building is dynamic and so is its thermal envelope. A glass façade’s impact on the indoor environment is a function of multiple factors, such as the ambient temperature, position of the building, location, etc., and hence cannot be generalised. For instance, in cooler climates, a glass façade enables solar gain thereby reducing the stress on the heating system thereby reducing energy consumption. At the same time, in hot humid climates, where the glass façade is receiving direct sunlight, it results in hotspots and the HVAC system has to work twice as hard to maintain the desired temperatures.

On an average, what goes into changing an existing building into one complying with the 75F standard in India (in terms of a recce, study of energy consumption, changes required)? What is the corresponding effort required in the US or Europe?

Normally a 3-step process viz. site survey, obtaining client usage information and standard operating practices followed by a commercial proposal and maybe, a pilot test. Efforts required are similar across geographies, though awareness of latest standards would be better in the US and Europe.

What is the average investment (per square feet or equivalent) to achieve the 75F standard in India, and in the US or Europe? What is the potential saving and/or benefit?