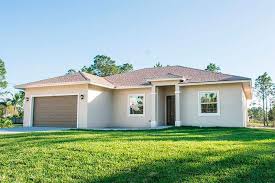 By default a property owners attains the right of way, the right to air or right to light, the right to build, the right to the uninterrupted flow of water.  All these are known as the examples of a property owner's easement rights. The Indian Easement Act says that if a person has enjoyed these over a period of time, they have a valid right without any restriction, almost as though it were a privilege.

Ravi Varma built an independent house in the 1990s on a 1,200 square foot (sqft) of plot. Being one of the early ones to invest and construct in this particular area, Ravi Varma’s family enjoyed uninterrupted natural sunlight and air. In 2011, some Satyanarayana and family moved to the adjacent plot and built a bigger house. Consequently, the construction blocked the light and air. Is there a legal remedy that Menon could turn to?

At a time when going vertical is the norm, such issues are common and this is exactly where the easement right comes into the picture.

What does the Easement Act say?:

“An easement is a right which the owner or occupier of certain land possesses, as such, for the beneficial enjoyment of that land, to do and continue to do something, or to prevent and continue to prevent something being done, in or upon, or in respect of, certain other land not his own,” reads the Indian Easements Act, 1882.

The Act mentions four typical scenarios that qualify as easements:

1) For example, A as the owner of a certain house, has a right of way over his neighbour B's land for purposes connected with the beneficial enjoyment of the house. This is an easement.

2) A, as the owner of a certain house, has the right to go on his neighbour B's land, and to take water for the purposes of his household out of a spring therein.This is an easement.

3) A, as the owner of a certain house, has the right to conduct water from B's stream to supply the fountains in the garden attached to the house. This is an easement.

4) A, as the owner of a certain house and farm, has the right to graze a certain number of his own cattle on B's field, or to take, for the purpose of being used in the house, by himself, his family, guests, lodgers and servants, water or fish out of C's tank, or timber out of D's wood, or to use, for the purpose of manuring his land, the leaves which have fallen from the trees on E's land. These are easements.

Owner is not bound to provide easement:

The Act also mentions that a scenario where A is bound to cleanse a watercourse running through his land and keep it free from obstruction for the benefit of B, is not easement.

An owner is also not bound to keep his land open for public use stating the right to occupy for purpose of passing and repassing. This doesn’t qualify as easement either.

An easement is in no way a transfer of property. It could be made, altered or released as well and should always be in a written form, except when it has been enjoyed for a very long time without restrictions. A written document helps either party to challenge it in a court of law.

Know All About Income Tax Benefits Available Under Section 80C

What Is The Legal Validity Of A Rental Agreement?

Legal Rights of a Landlord