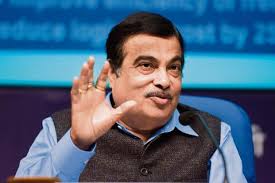 A total of 140 countries including India recently adopted a resolution to halve road deaths in the next 10 years. How do you see India’s role in achieving this target?

It’s very unfortunate that we top the list of countries in road fatalities. Recently, I came to know that 578 people die every year in road accidents in my district, Nagpur, alone. Now we have decided to engage engineering colleges to identify deficiencies in road design and we will rectify them. We will extend this to all parts of the country. We have to put proper road and lane markings and signage while focusing on enforcement of traffic rules. Nearly 70% of people dying on our roads are young; we can’t afford to lose them.

What is the impact of the amended Motor Vehicles Act?

To my knowledge, most states have accepted and implemented the law. There are some issues with the fines. But the law gives ample powers to states to fix lower fines (within the permitted range) for a number of offences. If states are keen, they can save more lives. If Tamil Nadu could bring down deaths by 24% in one year by taking right steps, why can’t others do it? We can follow that model across states. I am sure the impact of the revamped MV law will be visible across the country in the next two years.

Road safety advocates pushed for slowing down, capping speed at 30 kmph on stretches where there is mixed traffic. How do you look at it?

To single out speeding as the reason for accidents and deaths is not a correct approach. The main reasons are faulty road engineering, defective DPRs (detailed project reports), bad designing of junctions, inadequate signage and road markings. In countries like Germany and the US, the speed limit is more on highways, but they have fewer fatalities. So far as the city traffic in our country is concerned, you can’t drive at more than 40 kmph even if you wish to because of congestion.

There’s been a huge focus on monetising assets. What is NHAI’s plan?

NHAI has sent a proposal for land monetisation. Once highways are built, land cost along the road increases manyfold. But we don’t get any benefit of this. So, we are working on a model to create land banks along highways, which can be commercially exploited to fund building of new stretches and for expansion of existing roads. Recently, the cabinet approved a proposal to give authority to major port trusts for development of land under their jurisdiction. Similarly, there is a need to see whether we can make NHAI the development authority for stretches along the NHs (national highways). We want to work with state governments. States need to come on board as they reap the maximum benefit of highway development.

There’s a debate between advocates of auctioning highways and those who favour just toll collection.

Every initiative has two sides. People say we need to get foreign investment in infrastructure and highways are a prime sector to attract such investment. The auctioning, which is called toll operate transfer (TOT), is being done keeping in mind the fund requirement for highway development programme and after considering the best viable options.

Hasn’t bidding out highway projects slowed down this year?

We will be close to meeting the target by March end. A false narrative was created last year by different people about the financial health of NHAI and that impacted the pace of award of works. There is no financial problem; NHAI has potential to execute more work.

How do you look at the revival of private investment in highways sector?

Public-private-partnership (PPP) won’t work for some more time. We have to roll out more projects on EPC (engineering procurement construction), which is 100% government funding. We are trying to address the concerns of private players to revive their interest in the sector.

You advocate waterways and railways as best modes of transportation. Then, why do we continue investing more on highways?

We have high volume of vehicles on our roads and that has happened over the years. There will be chaos, if we don’t expand our roads to meet the immediate requirement. However, we have made good progress in development of waterways for transportation. There have been some successes and some failures. I tried my best to introduce seaplanes, but could not succeed.

India in safe hands, your bravery is supreme: PM Modi to Indian Army at Ladakh