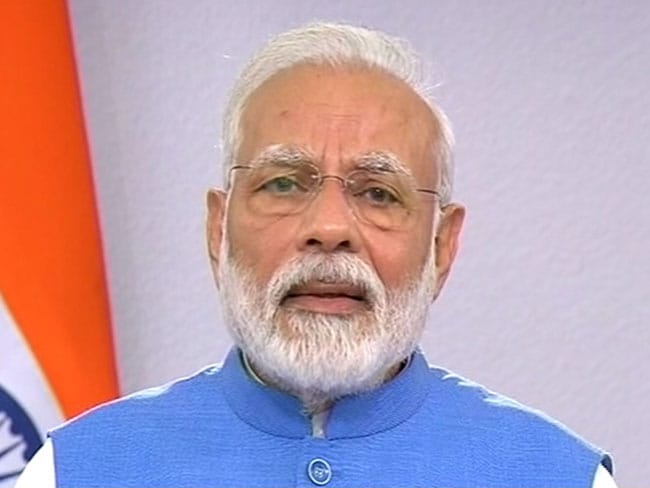 Until there is a vaccine, PM Modi said, no one can be complacent. "For the first time in years, there is an effort on war footing to save humanity. Our scientists are also working hard on a vaccine."

Prime Minister Narendra Modi said Tuesday in the festival season, citizens must not forget that while the lockdown is over, the coronavirus is not. "This is not the time to be careless. This is not the time to think that corona is gone and the danger is over," he cautioned in an address to the nation ahead of a series of festivals over the next few months.

He said in the past few days, videos had emerged of people in public, throwing caution to the winds. "You are risking your family, your children, and your elders by doing so," said the Prime Minister.

He also said while India was in a better state than many other countries, it should not drop its guard.

Until there is a vaccine, he said, no one can be complacent. "For the first time in years, there is an effort on war footing to save humanity. Our scientists are also working hard on a vaccine."

The government is preparing a plan to make any vaccine available to all, said the Prime Minister, adding, "Dawai Nahin to Bhilai Nahin (no laxity without cure)."

"I want you to know that once we get a vaccine, everyone will get it in a planned, phased, and fast manner. Till the time we get a vaccine, if we are even a little irresponsible, we can harm ourselves and all those around us. Wear masks, maintain do Gaz ki door (six-feet distance), wash hands regularly, use sanitizers, and do not venture out unless absolutely necessary," PM Modi urged.

This was his seventh address to the nation since he announced a strict lockdown in March-end to check the spread of the coronavirus. Since June, the nation has been exiting the restrictions in phases in order to reopen the economy. "We have come a long way since the Janata curfew. Our recovery rate is among the highest in the world, the death rate is low. Out of every million, we have around 83 deaths. In other nations, it is around 600 deaths per million," said the Prime Minister.

Experts have raised concerns that alongside the unlock rules, the festival season may lead to a surge in infections.

The government recently said the country has crossed its coronavirus peak as its daily average cases have tapered against a high of more than 90,000 daily cases logged in mid-September.